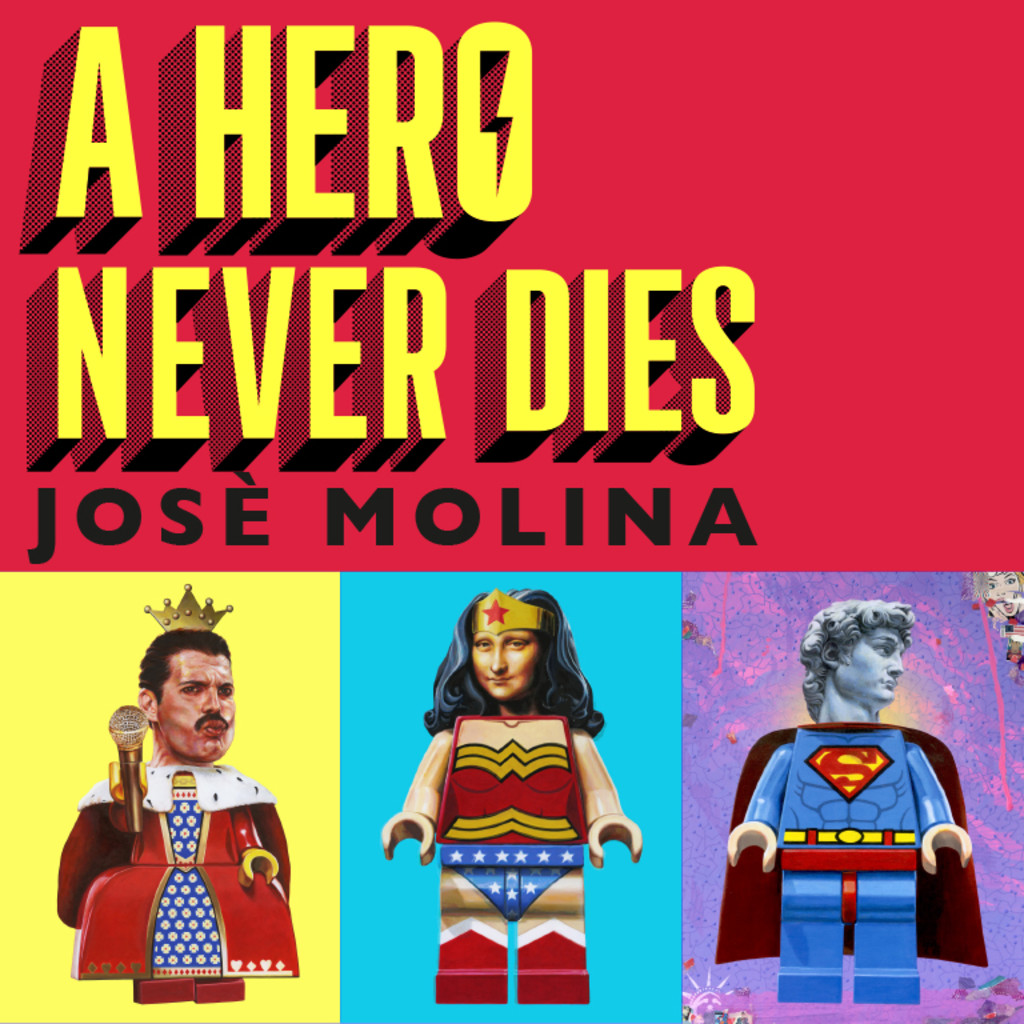 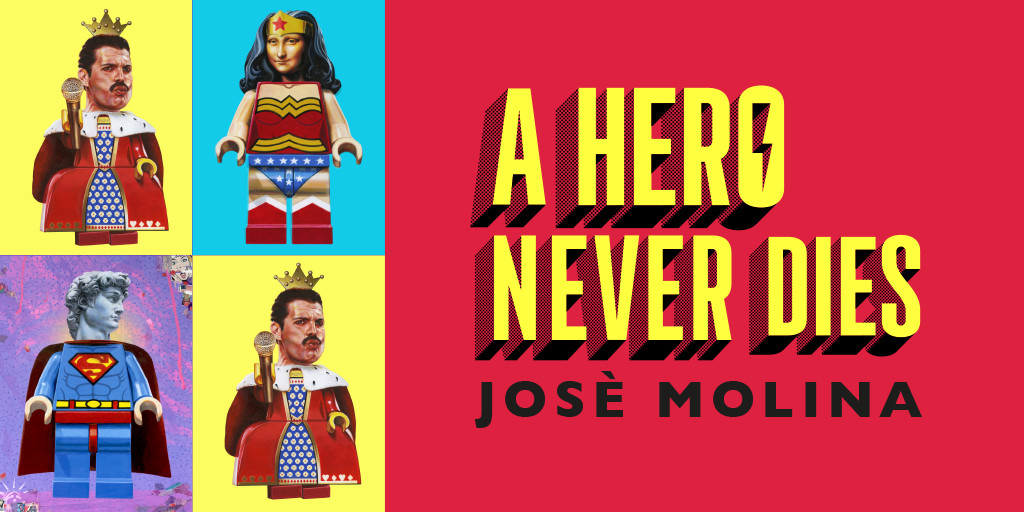 The colorful and playful works of the Spanish artist José Molina are here until the end of August in the exhibition space of the Village with the exhibition A HERO NEVER DIES.

The exhibition presents about thirty original works, retouched and colorful graphics, made both with a mixed technique as well as with oil and acrylic on paper by the eclectic Spanish artist.

A completely original selection that takes up the theme of the game and classicism applied to iconic subjects. The static bodies from the Lego game are transformed into universal myths and bring out the somatic and syntactic features that make them so familiar to us.

The exhibition responds to one of the most important functions of art according to Josè Molina, that is to keep the memory alive, reviving through the image characters who are undisputed witnesses of the past or present. They are people who have influenced or are influencing our lives: from Salvador Dalí to Picasso -that the artist considers his personal masters-, from Freddy Mercury to Obama, the gallery of Molinian subjects is a path in the myth and memory lane of everyone turning into collective memory.

His work is meant as a reinterpretation, sometimes to pay homage, sometimes to criticize in a delicate but penetrating way. The idea of reinterpreting masterpieces of Western art and characters of our time through play is his way of proposing an art accessible to every public, establishing a more direct contact with his audience.

The exhibition, with free admission but limited free entry, also offers a section dedicated to Italy featuring 4 iconic subjects testifying once again how incisive and current the influence of Italian Art is.

José Molina was born in Madrid in 1965. At the age of eleven he began his training at several art schools. At eighteen he began working in advertising. In the meantime, he attended the University of Fine Arts in Madrid for two years. He held his first personal exhibition 'Morir para Vivir' in 2004 in Milan. This first pictorial production is characterized by a very intense introspective research.
Between 2005 and 2007 Molina completed his second collection 'Predatores', which contemplated his analysis on the man-society relationship. The collection has a rich exhibition season, including a personal one in Milan at the Science Museum curated by Vittorio Sgarbi. Other solo shows followed at the Mudima Foundation, the Ca' di Fra and Mc2 galleries, and in Rome at the Romberg Gallery. After three years of black and white's, in 2010 Molina created 'Cosas Humanas', twelve oil works on large wood. The common thread that binds these projects together stems from the magna quaestio on the human person in all its dimensions - social, spiritual and natural.
Molina has exhibited his works in prestigious institutions: Triennale, Milan; Stelline Foundation and Mudima Foundation, Milan; Real Academia de España, Rome; Poldi Pezzoli Museum, Milan; Royal Palace of Caserta; Civic Museum of Bressanone; Ducal Palace of Modena. His works were exhibited in New York at the Able Fine Art gallery and in Miami at the Context Art Fair. The artist now lives on Lake Como.